VR hit the arcades (at least in England) with the 1991 debut of the Virtuality 1000CS and Dactyl Nightmare. The helmet was rugged, but simply massive, with two Romex style cables to power it up. If you’ve ever wondered why the HMD was such a bruiser, have a peek inside. Notice the thick walled plastic shell and the gobs of putty used to fill out the interior shape. Back in the day, tiny LCD displays were not the norm. Virtuality used a pair of fairly large Panasonic LCD monitors … too large, in fact, to be positioned side-by-side in front of any gamer’s eyes. Let’s dissect and see: 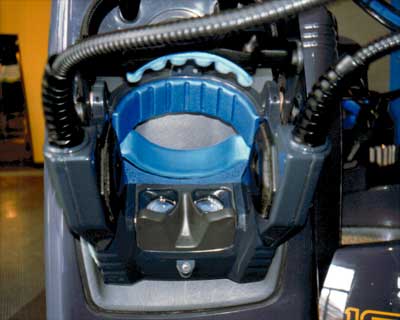 Fully assembled – Here’s where you stick your head 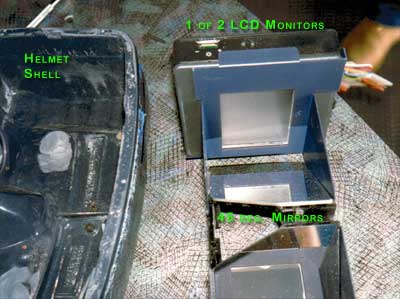 Virtuality at the Trocadero, London, 1991