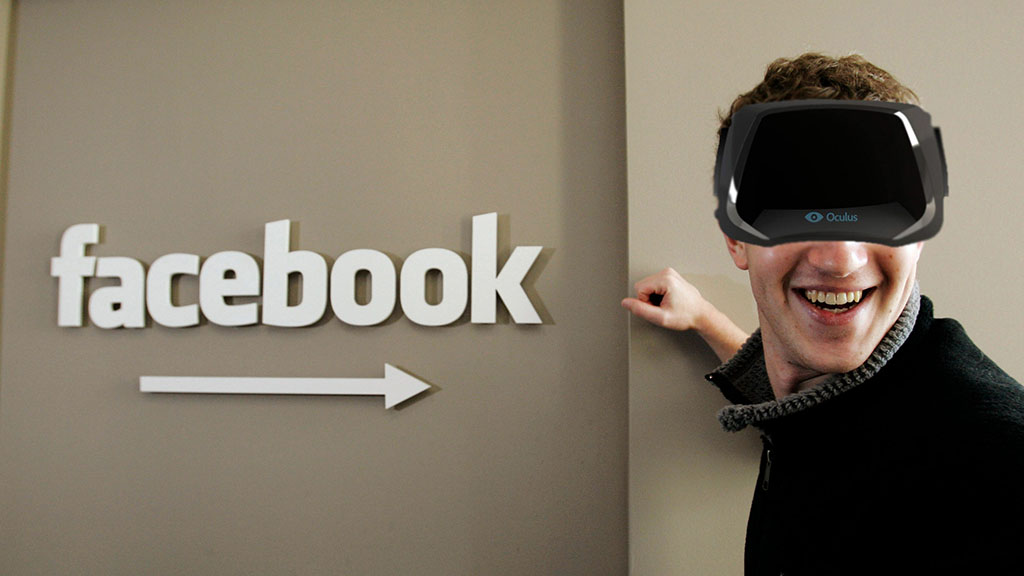 A lot of people are fuming over today’s announcement that Facebook would be buying Palmer Luckey’s Oculus. Palmer and company produced two mainstream marketed development kit head mounted displays which became darlings of the grassroots VR/Gamer community. Starting with Kickstarter, Oculus, channeled through Palmer’s and later John Carmack’s charisma and a hacker friendly attitude, built a loyal and vocal user base, one that championed the ethos of open source and quasi-community development.

Tonight, there’s a lot of disappointment and vitrol that Oculus has abandoned the community, and worse yet (from their perspective), sold out to the Devil incarnate. How could Palmer, who just announced the deal on Reddit, have turned his back on the admiring crowds? Who would have thought the Oculus enthusiasts could be turned into a howling mob in the course of a single afternoon?

Were they betrayed? And by who?

It’s easy to forget that Oculus funding didn’t end with Kickstarter. There’s the Venture Capitalists. Unlike the Kickstarter money-for-prototype funding, the VCs were getting equity, board seats, and a preferential position in the decision making process. VCs don’t take major stakes unless they receive major control of their target.

So when Oculus was offered $400m in cash plus $1.6B in Facebook stock (plus another $300m incentive bonus), was Palmer really making that call alone? After multiple VC funding rounds and stock incentives to key employees, Palmer must have relatively small minority stake in Oculus, although even so the deal involves a considerable sum for him. But a minority share and non-preferred stock means that his vote is in no way decisive… the Venture Capitalists, led by Andreessen Horowitz, make the big time financial decisions. They invest based on their strategic relationships with potential buyers like Facebook (Andreessen sits on the board of Facebook… no small thing.)

It’s only natural that the VCs would push hard for the deal. Inasmuch as Oculus never really had a strategy to rake in 9 figure profits cash on the barrel at huge multiples of their original investment, what’s an investor to do? Let’s hypothetically (and generously) say that there would have been a 50% chance that Oculus could generate $2B in profits (or other liquid value) within the next 4 years. If the investors were to allow Oculus to remain independent they’d be giving up a certain $2B right now, in exchange for a potential payout down the road. How big would that payout need to be? Well…, in this make-believe scenario the investors are essentially deferring their $2B as a high risk loan. They should then receive interest payments on their loan (the time value of money.) But when you risk other-peoples’-money you must pay the vig. Let’s assume 20% per year (that’s low… I promise!) So… discounting for the 50% risk and the vig, the VCs need more than $5B in profit on the future bet. That significantly decreases their (50%) chance of success.

Time to take the money and run!

Does that make Palmer Luckey the bad guy? No, it just makes him the guy who took the VC money without realizing that control had also been surrendered. This is a dance that occurs with every venture capital deal; the term sheets have the control clauses permanently etched.

Is the Facebook deal a bad thing? Good thing? Oculus developed technically well conceived and implemented head mounted displays. The VR displays are/were wildly popular with a community of up to 75,000, doubtless enhanced by the ultra-low $300 price tag. They would need to sell tens of millions of units at this price point in order to realize anything like the $2B Facebook offer. Realistically, the price point needed to be double (or triple) in order to have margins comparable to normal consumer electronic gear. I don’t see them achieving millions of units sold at $600-$900/unit. Pundits have suggested other unspecified, service based, revenue streams. Lacking the clout of a Facebook/Google sized borg, I don’t feel like they could ever reach a critical mass capable of bringing in $5B+ in value (other than equity.)

While the Facebook ethic is the nightmare scenario for the highly independent Oculus community, their alternatives were limited. VCs always rely on the profitability of equity not of product. What will FB do with Oculus? Unknown. But if the Oculus product never makes a single cent, it nonetheless will not die an ugly and horrible cash flow strangulation death; what would certainly have been their fate absent being made part of the borg.